You were given an overview of some distinct types of poker in the prior article. That doesn’t cover all the various kinds of playing card decks, so here are more that you should be familiar with to complete your knowledge. Many beautiful decks were made in this vein between the end of the 19th and 20th centuries. The popularity of these playing cards has recently seen a revival in the age of online crowdsourcing and crowdfunding.

The most important feature of transformation deck is the ability to imaginatively and artistically integrate individual dots into the background design of the cards.

For instance, pips on the Six of Clubs may be reinvented as tree leaves, while the pips on the Two of Hearts could become two swans; these images could be subsets of bigger compositions that take up most of the card faces.

It is not difficult to understand that the artist is forced to work within certain constraints while creating this kind of artwork; these constraints are inherent in the medium itself.

On the other hand, this opens the door to an incredible amount of creative potential because it poses the challenge of producing something that is both original and appealing while still adhering to the parameters of the genre.

It is precisely this creative potential that contributes to the genre’s widespread appeal and success. This is a deck of playing cards designed specifically to be sold as a memory or souvenir to tourists or other visitors is known as a souvenir deck. They often include images taken in various locations, portraying well-known landmarks, architecture, fauna, flora, or other aspects unique to the region.

In many cases, the backs of the cards will have either a picture or some writing that conveys some aspect of the general location. After that, each card will have a unique picture or image that takes up most of the space on the card in the region.

The presence of indices on the opposing corners of the card’s case that specify the suit and value of each card ensures that the deck may still be used for its intended purpose, namely, that of a game.

Because such a deck of playing cards effectively functions as a tiny picture book by recording essential photographs of a location, it is a perfect product for visitors to buy at a souvenir store because it captures key images of the location.

Souvenir decks are not required to be based on a specific nation or location; instead, they might be designed for a place of interest, such as a zoo or theme park, or even for a significant event.

They are produced largely for the visual graphics printed on the cards rather than for extensive usage in the games played using playing cards. As a consequence of this, they are often manufactured using thin card paper, which has poor performance when it comes to handling and shuffling.

However, they are fantastic for use as novelty things, and they accomplish the objective for which they were developed, which was to serve as a piece of memorabilia.

In addition, they serve a useful purpose in that they make it possible for you to engage in card games even when you are away from home on vacation, should you so want. The potential for using playing cards as a medium for advertising was quickly recognized by the companies that make playing cards.

Playing cards, somewhat unlike souvenir trading cards, are an excellent medium for businesses to use to advertise their enterprise or the items they sell. The history of advertising decks dates back to the nineteenth century, with some stunning surviving examples.

Due to their primary use as promotional tools, advertising playing cards are often made on the cheap rather than high quality in terms of durability or aesthetics.

However, there are a lot of well-known companies that have devoted followers. Because of this, advertising decks that include these firms or goods automatically appeal to collectors who collect memorabilia linked with those companies or items.

For instance, a deck of playing cards that pays tribute to Coca-Cola will not only appeal to those who are passionate about playing cards, but it will also have a crossover appeal to anybody interested in collecting Coca-Cola memorabilia.

The popularity of decks that depict prominent beer and liquor labels may be attributed to the same factors. 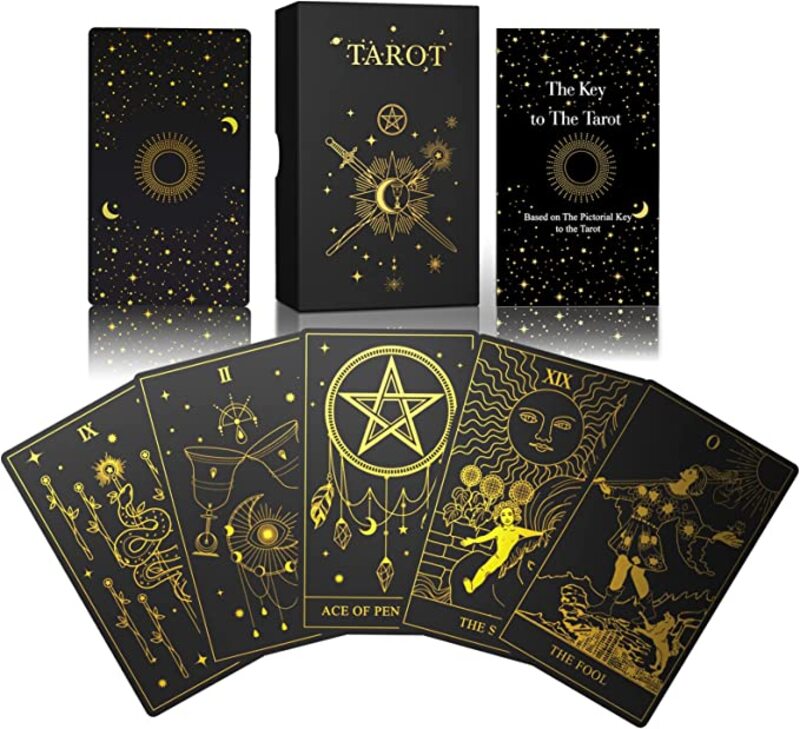 The playing cards used in tarot readings should be included in their own category since they are often misunderstood. To start, a Tarot deck is not like a regular deck of playing cards because it contains an additional 26 cards. This is the primary distinction between the two types of decks.

In addition to the standard 22 playing cards, there are additionally 22 more cards that are referred to as the Major Arcana. Each suit contains four court cards rather than three.

Some believe that Tarot cards originated in the occult and were tied to ancient secret organizations that spread esoteric information. Some people hold this perspective, but it is not universally held.

The origin of the Tarot deck is sometimes the topic of discussion. In some theories, Tarot decks were the foundation of the modern standard playing card deck.

However, with the release of Michael Dummett’s The Game of Tarot: From Ferrara to Salt Lake City (1980), there has been a growing agreement that Tarot decks were not employed for fortune-telling and the occult until the 18th century.

Before it was ever used for occult objectives, the “Major Arcana” was included in the standard deck of playing cards in the 15th century. At that time, it was used for trick-taking games and was always considered the strongest suit.

Tarot decks were utilized in this manner for centuries until cartomancers became enamored with them around the 18th century. This led to the Tarot decks developing a life of their own for fortune telling, as well as the artists shifting the focus of their work in a new direction.

Regardless of when or why it was decided, the number of cards in a Tarot deck is fixed. This is one of the primary ways it may be differentiated from a standard deck.

It often comes with very beautiful and visually appealing artwork, and the subject matter of the artwork frequently reflects occultic themes associated with fortune-telling.

It’s easy to understand why Tarot cards are so popular among collectors, given their unique design and aesthetic. This is true regardless of your thoughts on the cards’ origins, purpose, or historical importance. Unlike regular decks like Tarot, there is no standard format or quantity of cards in an Oracle deck. For instance, the number of cards contained in Oracle cards’ deck might range from 12 to 100.

On the other hand, Oracle cards are only used for interpreting people’s destinies, in contrast to the Tarot deck, which may be used for other card games.

Cartomancy refers to divination via playing cards; the Tarot deck is now the most often utilized for this purpose. Even the most common deck of playing cards, which consists of 52 individual cards, may be used for divination and reading fortunes in certain situations.

Decks of regular playing cards have also been produced specifically for cartomancy. Some examples of these decks are the Ye Witches Fortune Cards (1896), the Kadar Fortune Playing Cards, and the Cartomancer Fortune deck.